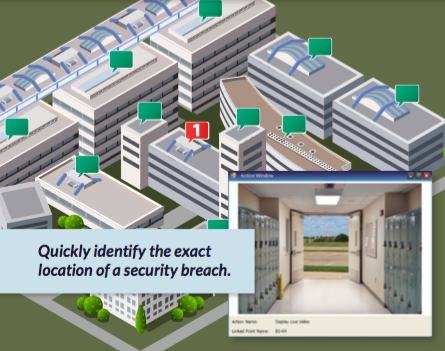 In a perfect world, schools would be places where teachers could focus on educating young minds and students could focus on learning, unbothered by external threats or concerns.

Unfortunately, we don't live in a perfect world.

Today, having a plan for school security is of the utmost importance, whether at a neighborhood elementary school or a sprawling college campus.

However, there's another way to increase safety in schools, keeping threats out and monitoring potential threats inside: installing an access control system.

How does access control lead to a safer school?

Before we get into how an access control system can help make your school safer, it's important to understand what we mean when we say "access control" system.

These systems grant or deny access based on the interaction between an access credential and a reader, be it a dedicated card reader or a wireless lock system.

So basically, an access control system is a security system that allows you to electronically monitor a variety of aspects of your site, including door locks and surveillance camera feeds.

All of these elements combine to make an access control system a great way to increase school safety for the following reasons:

1. Access control systems allow you to monitor your entire building or campus from a central location.

Think of the average school. It probably has a half-dozen entrances (at least), even if only one or two are used on a regular basis.

And inside that school, there can be dozens of classrooms, offices, storage rooms, laboratories and more, all of which need to be locked to limit access.

Managing such a system with physical keys is possible, but impractical: you'd either have 100 keys to keep track of or would have to use a master key for a variety of different rooms, which is an obvious security risk.

Aside from key management, how are you going to keep an eye on all of those doors? By hiring a hundred security guards?

From this central location, you can:

...and much more. Again, that's all from one location, meaning, in theory, that a single person could be able to have eyes on the entirety of your site at all times.

2. Lock a door or lock down your entire building with the click of a button.

In the event of an emergency, schools will usually react in one of two ways: they'll either evacuate the building or they'll encourage faculty and students to shelter in place, remaining in their classrooms or offices until the emergency has ended.

In the event of a shelter in place order, staff members are often forced to scramble to lock the doors to their rooms while still keeping an eye on their students. If a room isn't occupied at the time of the order, no one will be there to lock it, leaving it open and complicating search efforts (in the event of an intruder).

Access control systems offer a better way: you can lock down individual doors or your entire facility with the click of a button.

Think about how powerful that is: at the first sign of a threat, you can, in just seconds, be sure that no one will be able to gain access to classrooms, offices or other rooms where your students and staff are sheltering.

Physical keys have been doing a great job of securing buildings or rooms for centuries, keeping unauthorized personnel out. 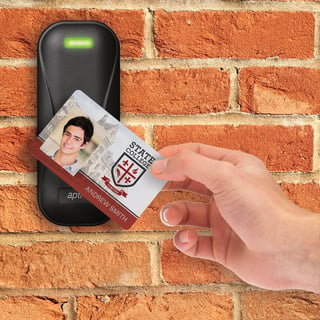 However, in a place as large as a school, physical keys are just plain impractical: they're hard to carry around, hard to track and easy to duplicate.

Limiting your school security system to physical locks and keys is taking a huge risk in terms of security.

Access control systems offer a better way through the use of access credentials, specifically smart cards or proximity cards. These cards go above and beyond standard keys in a number of ways:

4. Detailed reports allow you to know the "who, what, when" of your system.

As we stated above, using access cards and an access control system allow you to collect a ton of data on how your system is being used.

Imagine using a physical key: if someone uses the key to open a supply closet and walks out with a bunch of camera gear, would you have any idea who did it?

Unless there were cameras or witnesses in the area, you'd be clueless.

With an access control system, there'd be no physical keys, just access cards. This would allow you to go into the system, check the reader's records and determine that one of your new janitors had been the last person to access the door prior to the equipment being taken.

Video surveillance remains an excellent way to keep an eye on your site. It helps you see what's going on and gives you tangible evidence in case of any incidents.

By integrating with surveillance video, some school access control systems are able to:

All of the features mentioned above are available in PremiSys, our comprehensive access control software. PremiSys is perfect for school security systems, and it's compatible with Schlage® wireless locks for an easy, affordable solution. Learn more about PremiSys by clicking the button below.