When It Comes to Hospital Visitor Management, Watch Lists Are Essential 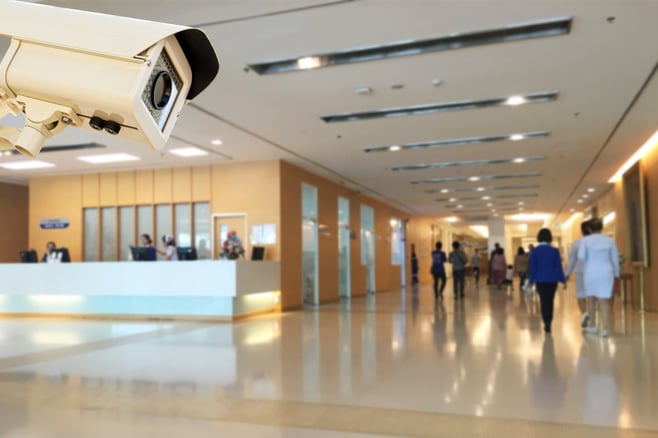 One of the main goals of any hospital is to keep the people inside, whether they're staff, patients or visitors, safe from harm.

While this goal isn't limited to hospitals (factories, schools, office buildings and other sites all want to keep their personnel safe too), safety and security are taken particularly seriously at healthcare facilities.

It may be because of the vulnerability of the people receiving treatment inside, or due to the desire to ensure that people wracked by anxiety over a loved one's condition don't have anything else to worry about.

It's obvious, but a security director or hospital administrator would be able to sleep a lot more soundly if he or she knew the facility was doing everything it could to keep potential threats from ever accessing the building.

This, of course, seems obvious: if you keep nefarious characters outside, you drastically decrease the likelihood of those characters harming anyone at your facility.

The problem is that it's difficult to identify troublemakers before they come inside, right?

Watch lists serve as a first line of defense

Imagine a tool that could flag someone with the potential to cause harm at your facility as soon as he or she attempts to access your site.

It sounds like something out of science fiction, doesn't it? Some kind of machine learning, predicting the future...

In reality, a tool like that actually exists. Unfortunately for sci-fi gurus, the technology isn't some kind of Star Trek-esque super computing; however, it's still pretty impressive.

We're talking, of course, about watch lists, a key Visitor Management security feature used to identify and prevent specific threats to safety and security at a facility.

Most people have heard of "no-fly" lists, right? Watch lists are very similar to the "no-fly" lists used by the United States government to keep suspected terrorists or criminals from getting on an airplane.

Watch lists are databases of names, titles and other information that are screened by some kind of software system when a person tries to gain access to a site. When the system receives the person's name, it checks that name against this database; if there is a match, an alert is triggered.

Watch lists are normally set up with "if this, then that" functionality. For example, if a person who is on the list attempts to sign in, then security is alerted immediately and officers head for the front desk, in case there's an incident.

How do watch lists work in the real world?

The following story is adapted from a real story told to us by one of our customers, a large hospital in the Northeastern United States. The name and location of the facility have been withheld for security reasons.

When admitting patients at our hospital, we often ask them for names of potential visitors, just so we know in advance who to expect. We also ask if there's anyone who shouldn't be allowed in, just for the sake of the patient's safety. 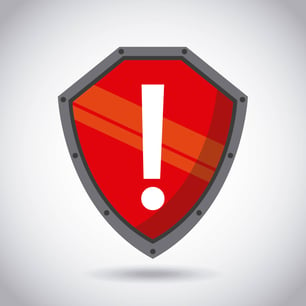 One patient who was admitted to our hospital had recently become estranged from a former spouse, and listed that spouse on her "do not admit" visitor list. Not long after her stay began, the estranged spouse came to the hospital and attempted to obtain a visitor badge.

When he was asked to produce his driver's license for scanning at our Visitor Management set-up, his name came up as flagged on our internal watch list. This alerted our security staff that this guest wasn't allowed to see the patient, and a potential incident was nipped in the bud.

We don't know if the estranged spouse was there out of concern or was there to cause harm to our patient. However, we take the "better safe than sorry" attitude when it comes to patient safety.

If our patient tells us he or she doesn't want a certain person visiting, we add that name to our system and give the patient peace of mind.

By asking patients for potentially harmful visitors, this hospital was taking a proactive approach to patient safety and security. Their internal watch list allowed them to intercept this guest before he had a chance to get to the patient.

Without the watch list, the security officer at the front desk never would have known that this visitor posed a potential threat to the patient's safety.

Why are watch lists beneficial for hospital Visitor Management?

As you can see from the example above, the immediate benefit of a watch list is that it provides what is essentially a digital line of defense against unwanted intruders.

Your Visitor Management installation itself is going to serve as your first line of defense: a potential troublemaker may be deterred by the sight of an "ALL GUESTS MUST SIGN IN" placard, or may balk at having to hand over a driver's license to gain access to your facility.

However, for every person who is deterred, another will be bold enough to continue to attempt to access your site. That's where watch lists come in.

A watch list basically serves as a way to ensure that someone you (or your patients) have deemed a threat to your site is denied entry, regardless of who is at the security desk or what time he or she tries to sign in.

While security officers are great, they're not going to remember every face they see. Relying on that manual recognition isn't the right way to protect your facility, as having a dedicated watch list is far more reliable.

How are watch lists used in hospital Visitor Management?

Since watch lists can be manually populated in most cases, there's really no limit to how they can be used. However, here are some common ways we've seen our customers using Visitor Management watch lists:

Watch lists play an essential role in keeping a hospital safe and secure, but are a small part of a larger Visitor Management security system.

If you have questions about Visitor Management or would like to add watch lists and other security features to your site, contact us for more information.

Our healthcare Visitor Management experts are available to offer advice and answer any questions you may have — all with no obligation.